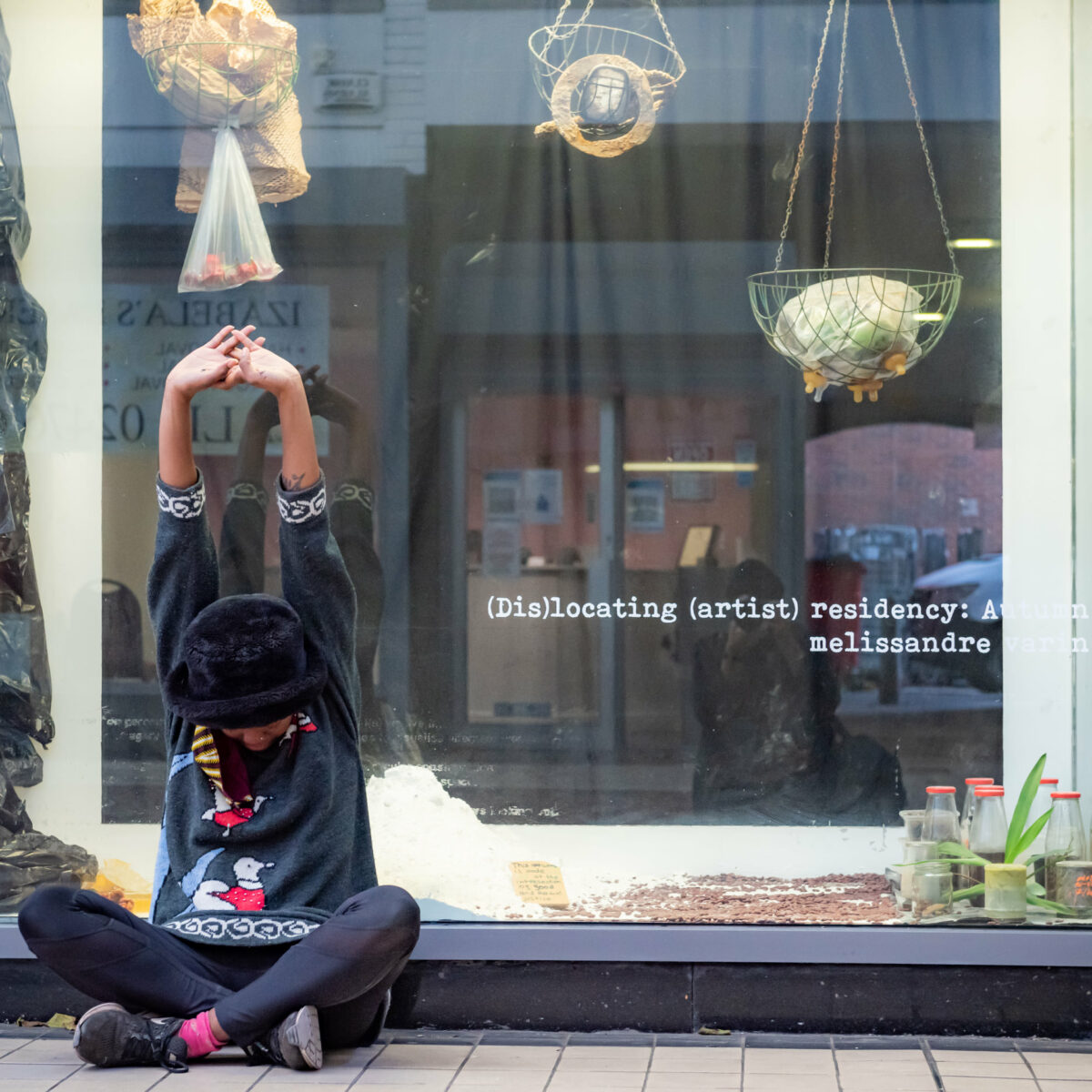 We have loved having melissandre varin in residence at Arcadia as part of our partnership with Outside In Midlands Hub. Both mel and we are really disappointed that the 2nd national lockdown means we can no longer host the film sharing and conversation events that were planned as part of the residency. But fear not!  We are instead providing a platform here for films by the artists mel has been working with.
Our first sharing in this space is, Give me a minute, a series of short films by Sioda Adams. Give me a minute

Give Me A Minute is a series of short digital dance films and sound scores that give an intimate insight into the mind and heart of an introverted woman and mother, inspired by Sioda’s own experiences. The films focus on what’s often unsaid and difficult to express through usual conversation and highlight the emotional and mental struggles of motherhood and female introversion, expressing feelings of isolation, anxieties and insecurities that women and mothers often face. The films also address stigmas around body image, expectations and pressures on women, from both external forces and from within.

The film series is ‘part one’ of a larger project ’Shut Up And Listen’ –  a live performance piece, with a humorous approach to the daily struggles of being a female introvert, surviving in a world that rewards, predominantly male, extroverts.’

Sioda says about the opportunity to share her work in this way: “To have had the opportunity to share my films and engage in conversation at Artspace Arcadia Gallery would have been a brand new and exciting experience for me, crossing over from the “dance world” and into a gallery space. This would have been my first time sharing work in this kind of space and I am excited to see how my new-found way of working with film will continue to open up new doors and new connections for me as an artist, a parent and human. I hope that one day we are able to share a real life space together but for now I look forward to connecting via a digital space”

Look out next week for a film from lanaire aderemi