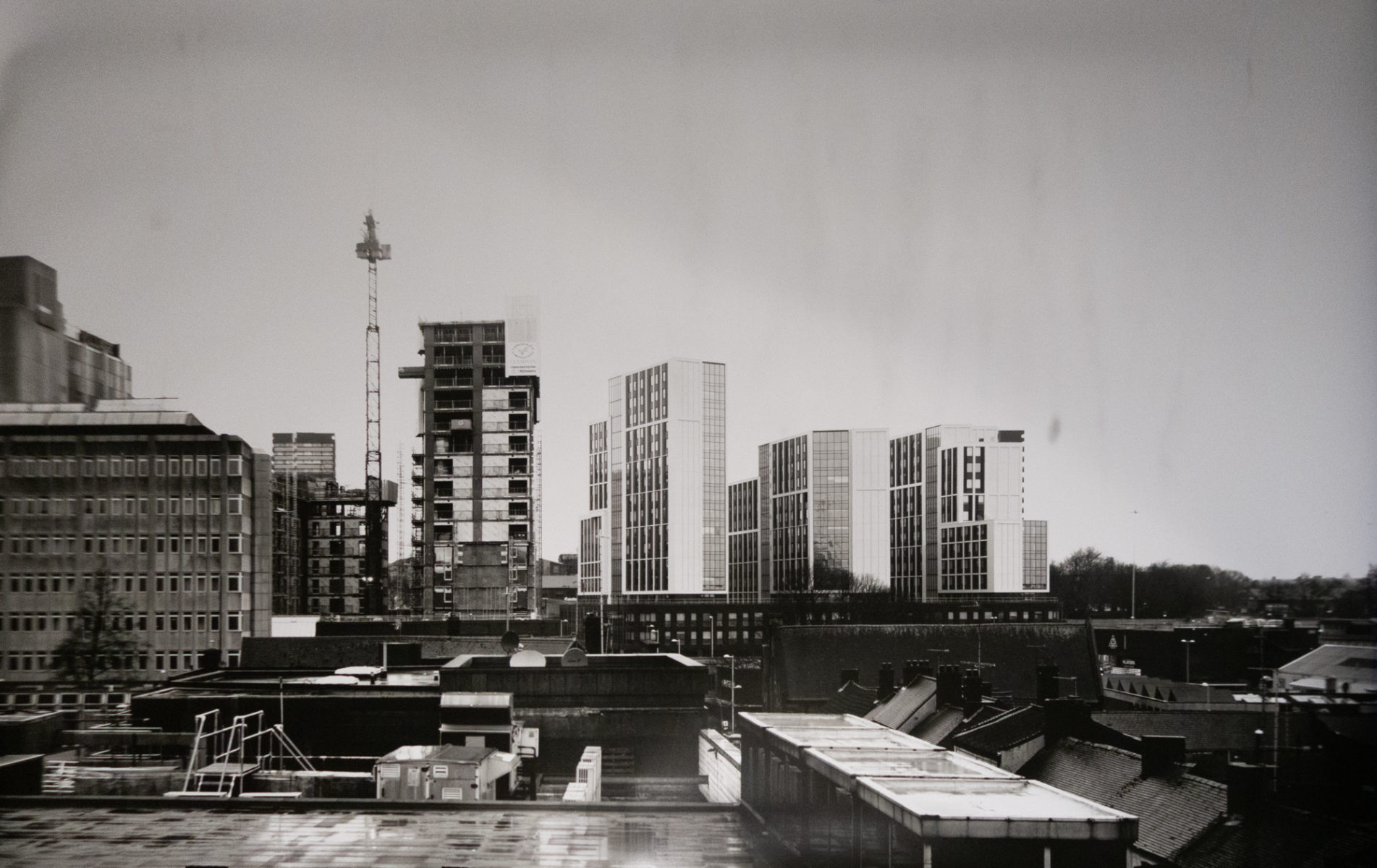 John is a Coventry-based photographer who specialises in traditional analogue techniques using his own dark room for printing. Much of his work is travel and documentary photography, but John also has a vast portfolio of commissioned work spanning across event and behind-the scenes photography. At the beginning of the year, John converted one of the rooms […]
Our Graduate Artist-In-Residence Janet Tryner has got off to a busy start to the year, and has been making great use of her studio space at Eaton House. Have a read of her latest blog to see the direction the residency is now taking her creative practice…   “I have been busy in the studio […]
Our Graduate Artist In Residence Janet has been looking ahead at her plans as an artist for 2020 and the opportunities the New Year brings… December has been busy and subject to the usually shared lulls in work to reconnect with family. Time out has also enabled me to forge new connections and personal plans […]
It’s been a busy end to the year for Janet, our Graduate Artist in Residence. Janet’s summed up what she’s been up to over the last couple of months, and opportunities that she has found within the city to help push forward her personal development.  Although I am building up banks of media to assemble […]
Jazz Moreton is a socially-engaged artist who is concerned with socio-political themes such as the ways that marginalised groups struggle to be accepted as part of mainstream society. Jazz works in a variety of mediums ranging from the rebellious medium of Performance to the often-ignored disabled voice. Jazz graduated with first-class Honours in Fine Art […]
It’s been wonderful to see our new Graduate Artist-In-Residence Janet making such great use of her studio space here at Eaton House, and really becoming absorbed into the project she is working on throughout the residency. Here’s Janet’s latest blog post reflecting on her residency so far: Investigation into Extended Phenotypes This is my second […]
In September we wished a fond farewell to our Graduate Artists-In-Residence Helen Kilby Nelson and Adam Neal. We couldn’t be more proud of what they achieved during their year with us, and are excited to see how their careers will continue to develop as artists. We are thrilled to welcome our new Graduate Artist-In-Residence Janet […]
Natasha is a Coventry based artist working between the West and East Midlands interested in language and translation, interdisciplinary and sound-based practices with a specific focus on the natural world. Upon graduating from BA Fine Art at Coventry University in 2017, she undertook a six-month graduate residency at Airspace Gallery in Stoke-on-Trent which culminated in […]
Halina Dominska is a nationally exhibiting contemporary artist, creating human scale ‘Living’ sculptural installations with an absence of visible signs of technology. Living and working in the West Midlands, Halina is a Visual Arts graduate from Birmingham School of Art (2016) and a New Art West Midlands 2017 Award Winner. Halina’s recent work ‘Bound to’ has […]
Helen Kilby Nelson and Adam Neal have nearly reached the end of their residencies with us, and during the past year they have built up a strong rapport as artists. We’re thrilled that they are planning on working together again in the future, and for their final blogspot of the residency, they have written a […]