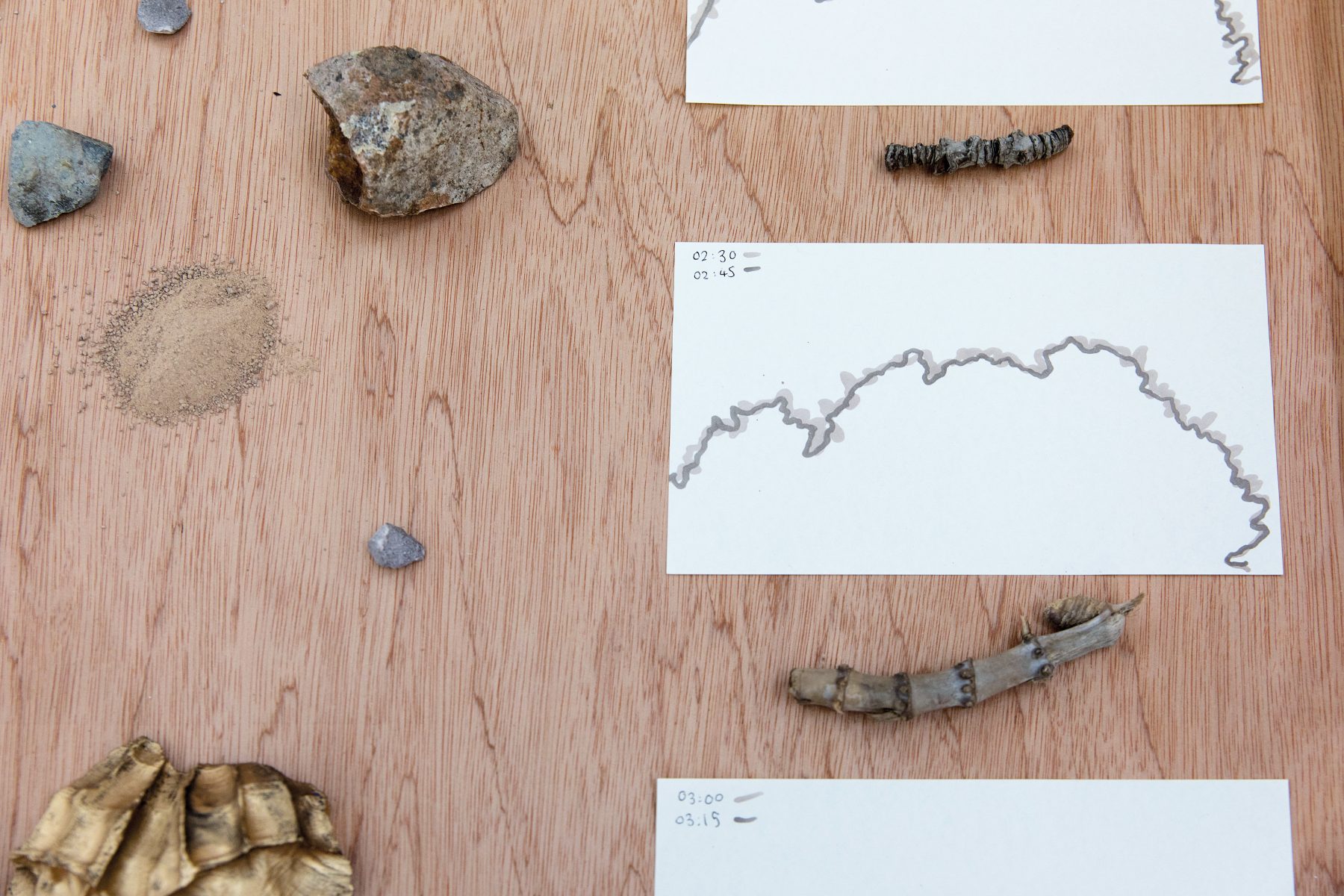 Natasha is a Coventry based artist working between the West and East Midlands interested in language and translation, interdisciplinary and sound-based practices with a specific focus on the natural world. Upon graduating from BA Fine Art at Coventry University in 2017, she undertook a six-month graduate residency at Airspace Gallery in Stoke-on-Trent which culminated in […]
Halina Dominska is a nationally exhibiting contemporary artist, creating human scale ‘Living’ sculptural installations with an absence of visible signs of technology. Living and working in the West Midlands, Halina is a Visual Arts graduate from Birmingham School of Art (2016) and a New Art West Midlands 2017 Award Winner. Halina’s recent work ‘Bound to’ has […]
Helen Kilby Nelson and Adam Neal have nearly reached the end of their residencies with us, and during the past year they have built up a strong rapport as artists. We’re thrilled that they are planning on working together again in the future, and for their final blogspot of the residency, they have written a […]
Our Graduate Artists-In-Residence are now beginning to prepare for their solo shows, taking place in August which will mark the end of their residencies. In their latest blogs they consider the direction in which their creative practice has began to take.   ‘32 Brains’ by Helen Kilby Nelson “Sticks and stones may break my bones […]
Jonny Bark is a freelance creative who works as an artist, filmmaker and photographer. Jonny says; “I was born in Thirsk, North Yorkshire and studied Photography at Coventry University. I’m a conceptual photographer with a keen interest in the representation of landscape, the relationship between discarded objects and place, and post-truth. I’m currently working as […]
Every month we will feature an artist from our listings to highlight their creative practice and showcase their work. Our first feature is Digital Artist Sylvia Theuri. Sylvia is an artist who is Kenyan born and London raised, currently living and working in Coventry. As a result of her experiences themes around space, place, movement […]
Our Graduates are now half way through their residencies with us. Here, reflecting on the past 6 months, they’ve given us a frank insight into where they are currently at with their artistic practice, and the challenges artists can face in their career development.   Access Denied//Access Granted by Helen Kilby-Nelson The 18th April marked […]
There is a sense of the familiar in the new series of works made by Chidera Ugada for Shoot Festival.  In his studio on an overcast evening in the middle of March, he talks enthusiastically about an obsession with the images he encounters across his hometown of Coventry.  Drawn from discarded newspapers and old magazines, […]
Michael Snodgrass’ work is deeply rooted in the practice of drawing, at a time when artists are increasingly working with new technologies, Michael’s choice of pen and paper feels radical and subversive. It was this feeling of radicality, which was really clearly articulated in his application to Shoot Festival, which particularly caught my attention. This […]
I had seen Michala’s textile work before in Craftspace’s ‘Made in the Middle’ exhibition and was enchanted by the extraordinary detail and vibrant use of colour within the works. What I didn’t realise until looking at her application for the Shoot Festival was how varied her art practice is- with large scale textile pieces, painting […]