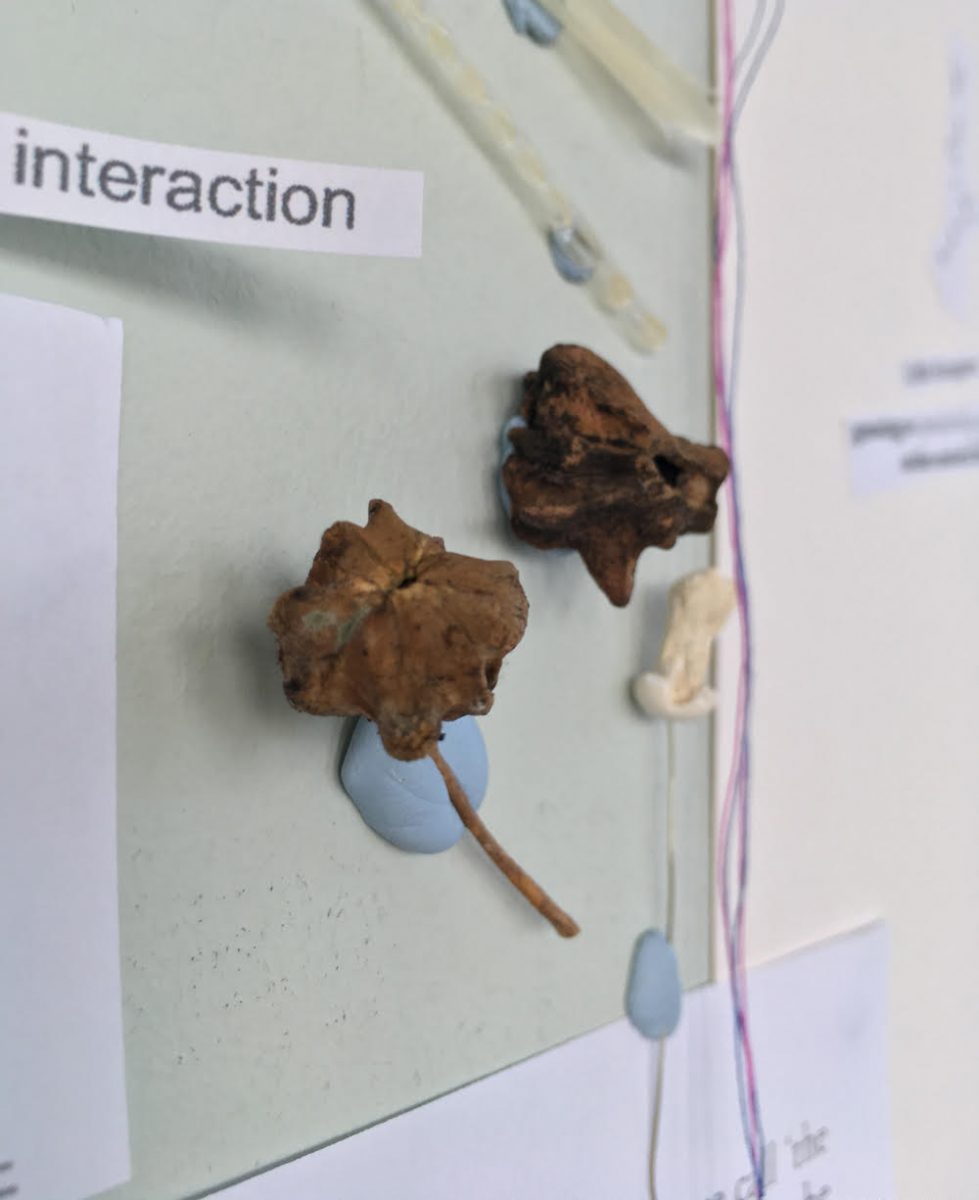 It’s been wonderful to see our new Graduate Artist-In-Residence Janet making such great use of her studio space here at Eaton House, and really becoming absorbed into the project she is working on throughout the residency. 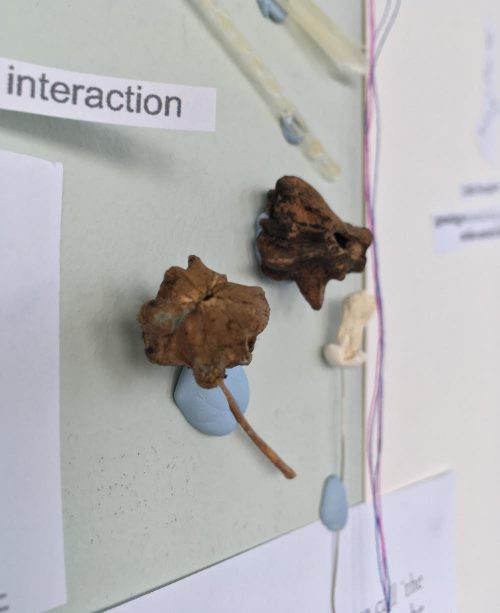 This is my second blog from my residency at Coventry ArtSpace. The studio space is exceedingly comfortable to work in, and I’ve used it more frequently than I thought I would – mostly because I’m eager to make work, but also because having studio space allows me to use home as a home and not a place where I never switch off, which benefits my family too.

My recent work has continued on in a similar vein to before, plus I’ve been reading about theories of entanglement, and about DNA and extended phenotypes.  I participated in a workshop run by artist Gemma Anderson(1)at the British Science Festival last month, called ‘Drawing Life’, where I learned a way of “depicting evolution on the page”(2) via drawing according to compound selective rules to imitate the activities of DNA. This demonstrated that even though they might appear complex, the structures of organic forms are founded from basic shapes.

I want my time here to generate as much work as possible and have been gleaning during each walk up to Eaton House. My growing collection of ground-level items has surprised me by being more organic in origin than I would have predicted. My expectation was that city detritus would be mainly inorganic but the part of Coventry I’ve been walking through is comprised of leafy mid-eighteenth century boulevards so I arrive with leaves in my pockets most mornings.

When embossing finds onto paper, which I do with everything that will fit under the roller, it’s interesting to compare the squashed shapes of organic fragments – leaves, twigs, feathers, etc. with the usual straight lines of bits of plastic and paper. Sometimes they are entirely different, yet others are very similar, polythene and paper bags, in particular, gain a chaotic organic-looking outline when squashed under the roller. 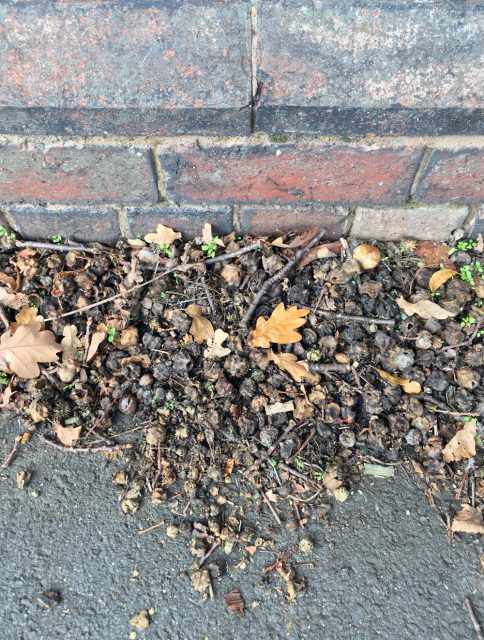 Some finds are more interesting than others and one in particular – an oak gall – has sparked off quite a lot of work. Apparently, 2019 has been a bumper year for the production of galls and I’ve become absorbed in stories of the long association of galls with human learning and culture. There are many, many varieties of gall, but the one I’ve discovered most frequently underfoot around here is the Knopper Wasp Oak Gall which is dark, round and very knobbly. If you look under oak trees that are over 40 years of age you will probably see some. So, although I’m continuing with gleaning and embossing finds, the work that I am most excited about making is all about social-historical resonances of oak galls and the phenotype of oak trees.