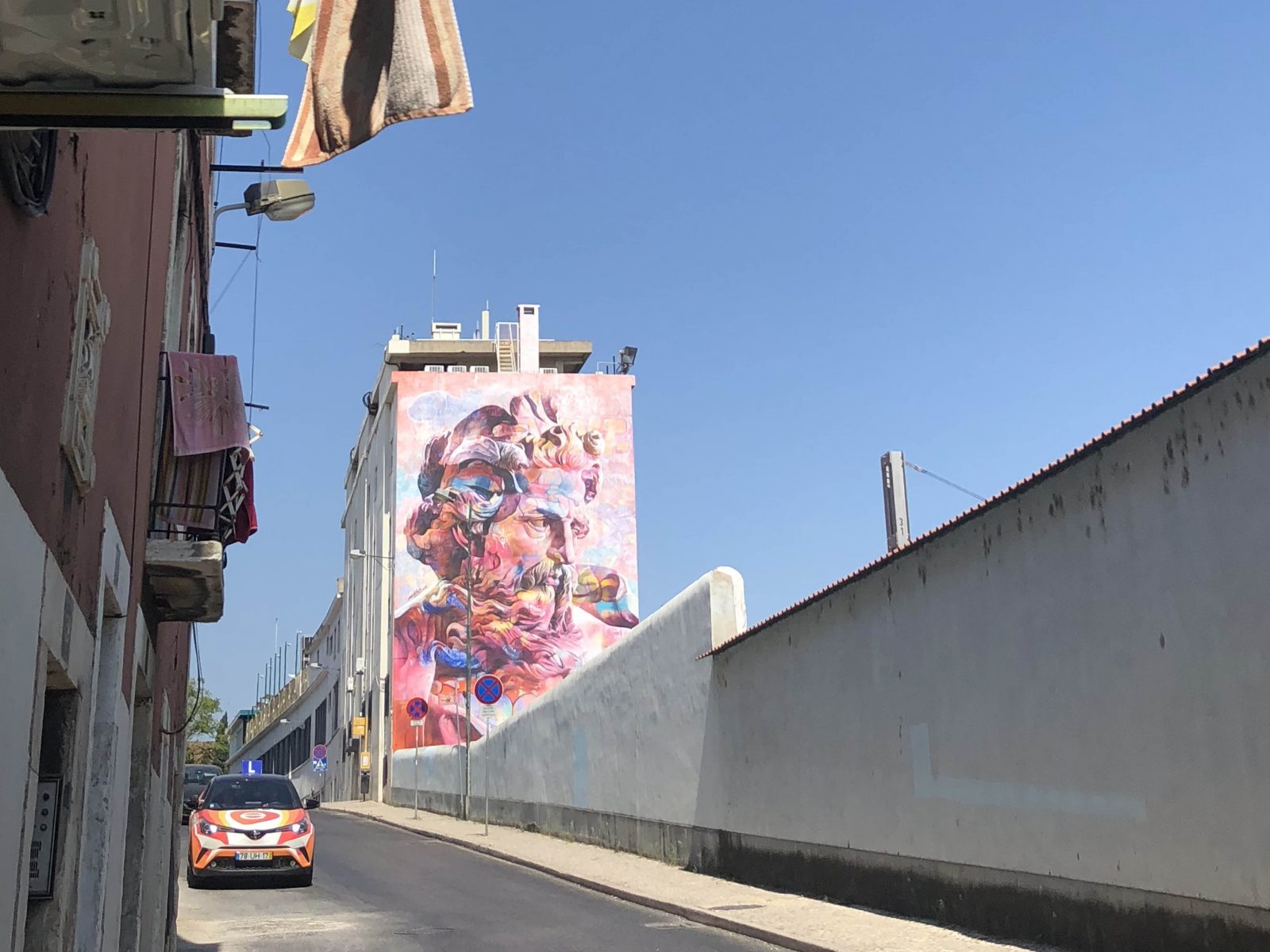 Last year we awarded Coventry artist Lewis Spencer a one-off “Go and See Bursary” to support his development as an artist and curator. He used this to fund a trip to Portugal.

In this blog post he’s summed up all that happened during his trip:

Lisbon, Portugal is one of Europe’s most desired location to visit, it has been on my radar as a destination for a while and after being awarded the Curator Bursary by Artspace, I decided to plan a trip which would aid my development as an Artist and Curator.

Lisbon is well known for its vibrant visual art culture, which is mostly visible through in the streets with the high volume of graffiti art which covers the walls, but also is home to many galleries and museums ranging from Modern to Contemporary Art.

I opted to stay in the area of the city called Alfama, just east of the centre. The area is filled with narrow entwining streets, intimate restaurants and an abundance of street art. Although navigating through the area had more of a village feeling than that of a modern city. This gave an interesting contrast to the built up areas of the city where street art became less common and advertising became more prominent. 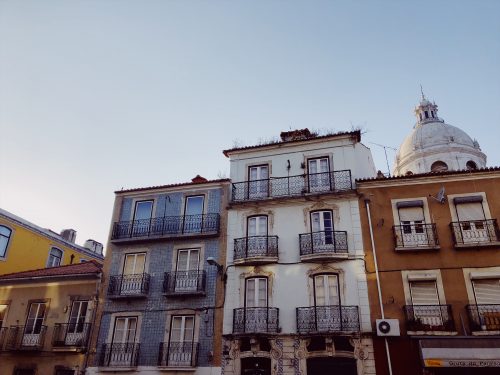 Processed with VSCO with kcp2 preset 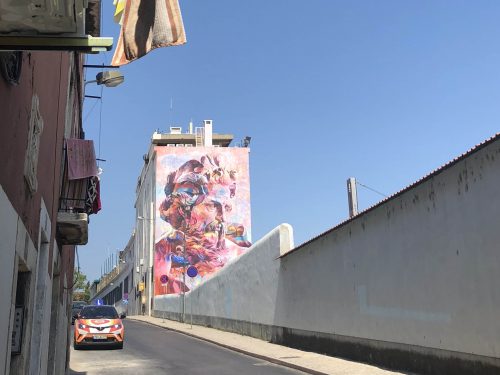 This piece was on route towards the centre, which celebrated the abolishment of the death penalty is Portugal. 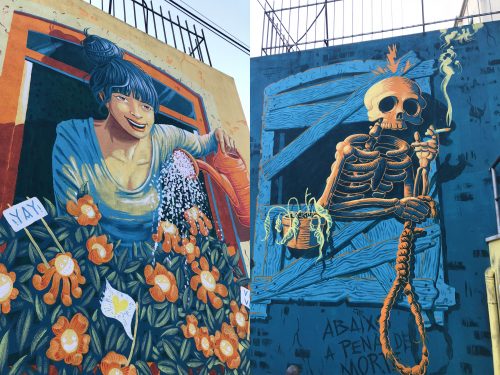 The main exhibitions I had planned to visit during my time in Lisbon was being held at The Museum of Art, Architecture and Technology (MAAT) located in an area called Santa Maria De Belem and around 40 minutes away from where I was staying. The MAAT inhabits two buildings along the bank of the Tagus river, one is a new modern building and the other is the decommissioned Tejo power station, which once powered Lisbon, as well as being a museum of electricity the power plant also held a permeant collection of Contemporary art by Portuguese artists and an exhibition of light and sound by North-American Video artist Gary Hill set inside the power plants Boiler. 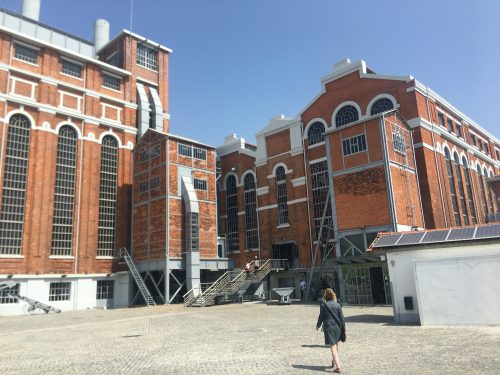 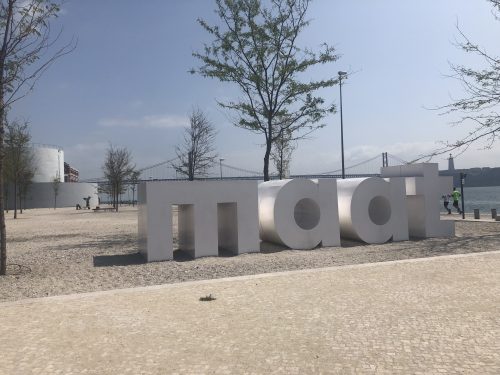 I was completely new to Gary Hill’s work despite him being considered a pioneer of video art.

The light and sound being outputted by the site specific piece bounced of 3 large engine-like machines. Intertwined by thin green lasers that produces patterns and shapes. Creating a surreal and futuristic setting amongst the seemingly outdated machinery. 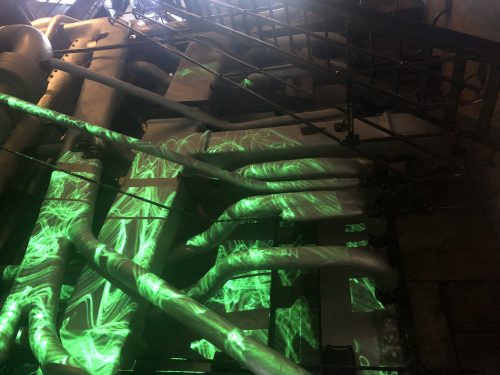 On the floor below the machines, laced between a display describing the working conditions for employees of the power plant during its functioning period, lay several television screens, each showing a different piece of Gary Hill’s work.

My main reason for visiting MAAT was to see the exhibition, ECO: VISIONARIES – Art and Architecture after the Anthropocene, held inside the MAAT’s modern building adjoining the old, the exhibition showed artists’ response to the oncoming Anthropocene. The Anthropocene being the geological age which has followed after Holocene, which denotes that Human activity is the major dominant force on the climate and the environment.

The work in exhibition mainly consisted of video and film containing infographics about the current state of the planet, focusing on the causes of climate change and how human life can adapt to new atmospheres. 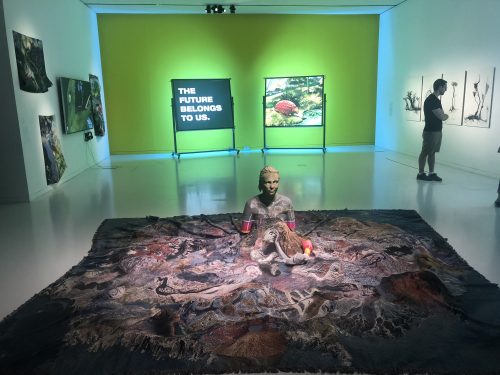 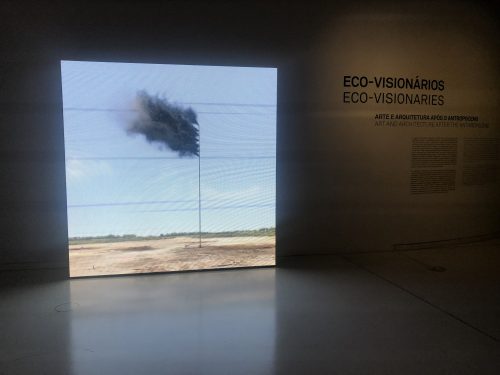 Located about a mile or so away from the MAAT, on the same day, I managed to visited the Berardo Collection Museum. Located inside of the Belem’s Cultural Centre and home to an exciting collection of over a 1000 pieces of work. Such as Nam June Paik and Nan Golding, evening displaying 2 pieces in the collection from 1967 by the Art and Language movement which originated in Coventry. 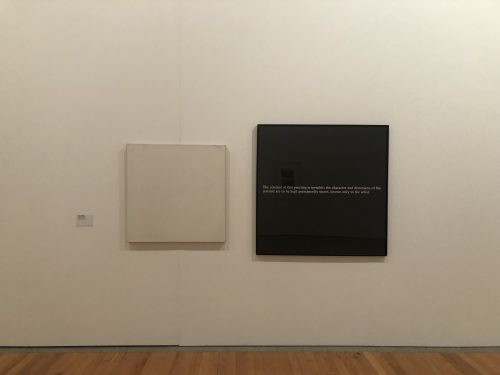 On display in the adjacent gallery was an exhibition by photographer Pieter Hugo.

A stunning collection of images which depict the culture and life of individuals and families living in Africa. Although these images weren’t new to me, it was tremendous to experience the exhibition in person, I had come across them numerous times online and in print, perhaps the most famous and recognised photographs taken by Hugo is the Hyena Men series which explores Nigeria’s Hyena handlers.

After spending some time in the city, exploring galleries and museums, I decided to a visit some areas outside of Lisbon. After doing some research we found a popular historical town nearby called Sintra, only an hour away by train, home to Parques de Sintra and the Pena Palace. 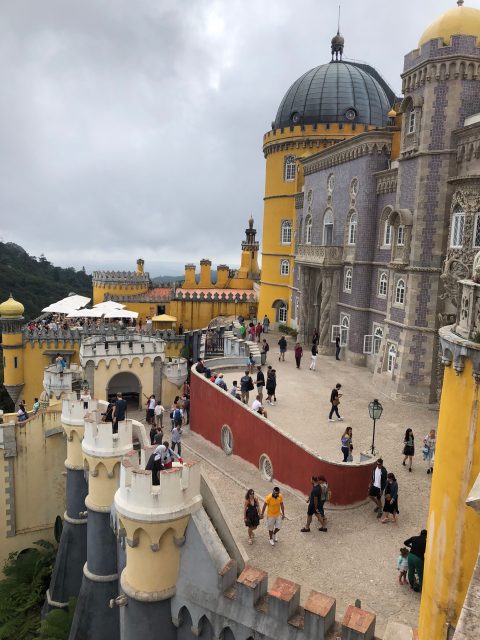 It was nice to get out of the city for a minute and be inside of a greenspace.

We spent the afternoon walking around the park and exploring the palace museum and grounds before riding a Tuktuk back into town.

Lisbon is also home to ruined cathedral in its centre, similar to Coventry, I felt it was important to make this part of trip. It was a small price to pay to enter the open-roofed Nave, the Cathedral called Carmo Covent which was destroyed by an earthquake in 1755.

To summarise my time to Lisbon, the city has so much to continually offer, I feel as if I’m likely to return soon. I was left feeling refreshed and charged with new ideas for work and projects for the future. 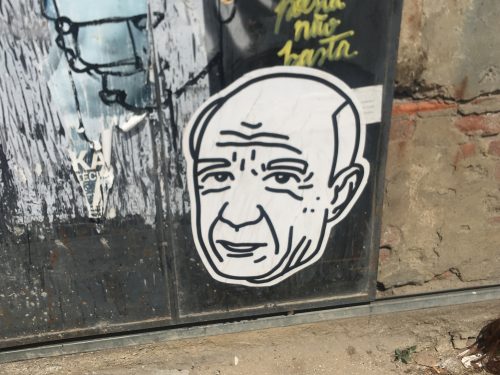