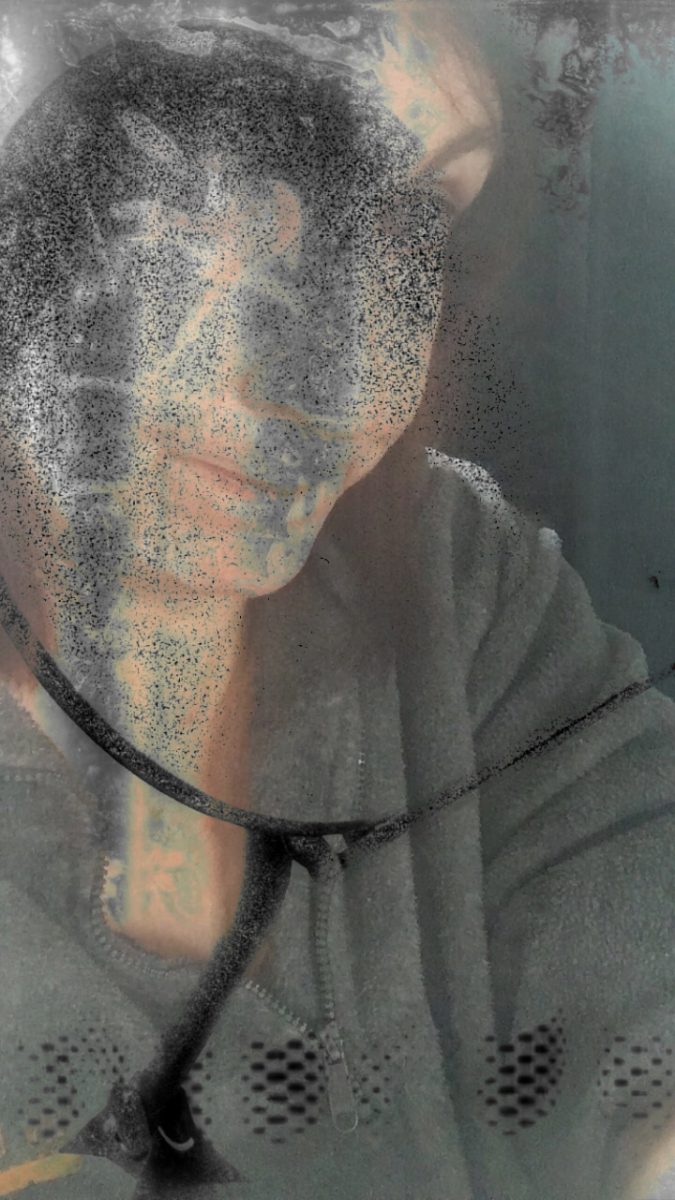 Helen Kilby Nelson and Adam Neal have nearly reached the end of their residencies with us, and during the past year they have built up a strong rapport as artists. We’re thrilled that they are planning on working together again in the future, and for their final blogspot of the residency, they have written a collaborative piece…

There are no endings 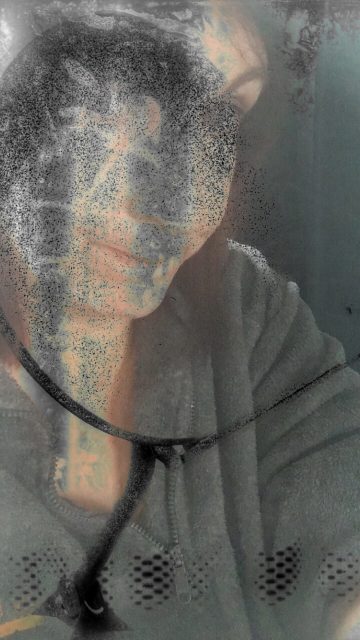 HKN: It feels a good way to finish our year of blogs, to present this one collaboratively as over the last 12 months we have supported each other through collaboration of ideas, conversation. We have been individual artists but also a team.

AN: I think we’ve probably been more of a team and a collaborative than we probably realise.

Our practice overlaps in surprising ways and we often think of similar ways to visualise work.

We’ve been annoyed by the same things throughout the experience.

HKN: Yes, it has made me consider how important the connections we make with other artists are.

How, developing practice requires collaborations with others. Sharing experiences, knowledge and resources is, I think, an important part of sustaining an art practice.

AN: Fostering those creative networks and opening dialogues is rather crucial isn’t it, I mean without that I don’t think we would have made tangible ‘progress’?

The concept of sustainability is an interesting one though isn’t it? Because beyond this how do we sustain anything?

HKN: It is, and we have had a lot of conversations haven’t we over the past year, both of us questioning how we can sustain our practice and still put food in our mouths.

This also links into the context of our practices to, both of us from working class backgrounds, very aware of the frustrations and difficulties of not having a certain financial privilege.

AN: Yes we have, and that’s probably why I’ve lost weight lol. I think that certainly contributes, being from a background like that, not solely the financial understanding but the attitudes that manifests within yourself too.

The understanding of having to make do with what you have, but also grabbing with your own identity as we’ve essentially been rendered to operate in some obscure creative class.

HKN: Absolutely, it has at times felt almost fruitless to continue and it has been as much about resisting those internal and external manifestations. Recognising them and trying to resolve them. Again, I think we have done this through our continued support of one another and recognising that we cannot create in isolation.

AN: No one can create in isolation, so in essence the residency from the very beginning has been a collaboration hasn’t it. Even though we’ve only seen each other a handful of times, these conversations embody that need for collaboration and conversation within a creative context.

HKN: Definitely, a shared residency did give me some anxiety before we met. I wondered how we would work alongside one another. However, Artspace recognised how closely aligned our practices were, even if we didn’t identify that synthesis at the start. It also gave us a shared experience of the precarity of being an artist, and equally has aided us in becoming more independent, creating our own networks and ergo future opportunities.

AN: It’s funny because initially I never perceived it as a collaborative thing? I just thought “oh okay someone to share the space with, at least I won’t be alone”. Like you say though due to the selection of Artspace I think it’s melded our ideas and practice together so we can arrive at the end of it with a working relationship, a refined line of inquiry and actually that crucial future opportunity we’ve crafted for ourselves.

HKN: Yes, where we have ended is not what I had envisaged at the start of the residency and I find that is also a parallel to the way we work as artists. An idea that has no definitive ending but that is allowed to develop through the process of commons, and conversations. It feels more authentic. Whereas, I confess, for the first few months of the residency I was doing the opposite of that, setting an expectation and trying to work towards it in too prescribed a way – no wonder the creativity was lacking, lol!

AN: Don’t you remember when we initially suggested to make socially dis-engaged art! At one point we were totally against creating anything that was public facing in a sense, however I think that was born out of frustration!

HKN: Oh yes! A satirical take on the perceived intentions of socially engaged art. It was most definitely borne out of frustration and I think very relevant to critically analyse what socially engaged is. Of course the term itself is an umbrella and contains so many variations.

I even began making a series of zine’s!

I think we had quite a few ideas of disruption.

AN: That’s true, it is an umbrella term that is attached to so many ineffective artworks lol wasn’t our approach to make interventions in public? Either way I think we were both at odds with where our practice and mentality was at the time.

Again those ideas of disruption would have been born from frustration. Whereas now I feel like we’re more trying to create positive societal reflections?

With hints of critically in it of course

HKN: Yes, that frustration though became a period self criticality and art criticality, a process that has helped us reach the point we are now at. Without that critical dialogue we would not be in the position we are now, a more informed criticality (have I used that word enough yet?).

Provocative input from our mentors, both from Artspace and our other networks helped us analyse that frustration from a less personal viewpoint to a more critical one.

It brings to mind, writing a long ranting letter of complaint about something that you never send, it is the process of writing that letter that has the value, not the sending of it. Both of us have a practice that is more about the processes and less about the objects.

AN: I think the word you’re looking for is criticality, Helen

AN: In all seriousness I do agree with you, we needed a period of angst and distain to reach this point.

Input from mentors, Artspace and others has been at the crux of our development. Additionally all the things we’ve done outside of that too, all the opportunities / exhibitions / projects etc.

It’s funny you say that because my practice, visually, stems around objects.

But yes the processes is central in the comprehension of the objects or even any outputs.

HKN: I knew you’d say that, because yes objects are very present in your work in the way symbols are present in mine, but it is everything else about them, the existential, the phenomenology. The relationship between the seen and the unseen and how that then transcends into something other.

It’s like, erm, a power balance almost, which also links to the hierarchies within society that our work is often questioning.

A constant tension, in the work, the process, the output, is a representation of the tensions we ourselves feel within our social demographic.

AN: Inherently I always return to objects and prescribe to the notion that objects define us. Obviously this has societal links to, with ocularcentrism being prevalent within Western culture, so I think we’re constantly at odds with the potential, meaning and relationships with objects.

The Phenomenology of Objects is an interesting concept, or lens to process objects within.

HKN: Along with symbols and our understanding of their meaning.

AN: I just feel like it’s a constant battle between trying to use and subvert them, and not being indebted to them.

Objects have cultural ramifications though and that’s what we’re dealing with here.

Which is why I get really involved in our conversations because they deviate from that avenue.

HKN: It is the power of them to inform through historical meaning, also within contemporary society, as a means to objectify.

We’ve touched on a lot of subjects in our final blog. As I reflect back on the past year I am now grateful for that angst at the beginning. As much as I didn’t enjoy it, it is the continual forwards and backwards, the enquiry and the analysis that is so much a part of who we are as artists. It is ever present in our work and, sorry, not sorry, but we have many years of frustration and precarity ahead of us. Is there anything you want to add before we sign off from our final blog?

AN: If I’m to reflect I think the biggest positives have been the networks made, and the chance of working collaboratively with yourself on this Graduate Toolkit project. I agree with you in the sense I haven’t enjoyed it, as it’s been a turbulent year and I’m not aligned to be a fully practising artist yet or even know what that means / entails. I don’t think that’s a concise sign off but it’s a set of rambles about how I feel currently.

HKN: I think we both move forward in a stronger position, even with the continued uncertainties and no doubt uncertainties that we haven’t yet experienced. The Graduate Toolkit will add another dimension to our practices which is exciting and I’m looking forward to that developing. I think it’s fair to say that some of the content within this blog will appear in your event “In Conversation with …” and our joint event “What do artists do all day?”. I’m looking forward to both our exhibitions and events and thank you Artspace for bringing Adam and I together and giving us the opportunity to become more independent. In a recent conversation with John Hammersley I commented that university/college were the parents, the residency has been our first move out of ‘home’. Exciting things to come Adam for us both, I don’t doubt it.